Transparency and Use of Force 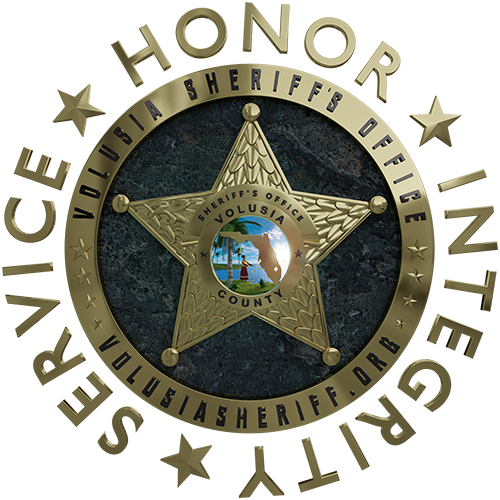 The Volusia Sheriff’s Office is dedicated to preserving the peace, protecting the safety of every person in our community and ensuring the fair treatment of all who encounter our deputies and staff. Sheriff Mike Chitwood has instituted several policies, training initiatives and organizational philosophies designed to reduce use of force, emphasize de-escalation, and recognize that the sanctity of all life is our highest priority.

With approximately 860 employees (about half of them sworn law enforcement officers and half civilian staff), 200-plus volunteers and a budget of about $112 million, the Sheriff's Office strives to maintain the highest professional standards while delivering a full range of community-based law enforcement and crime prevention programs to the citizens of Volusia County. In addition to our jurisdiction throughout unincorporated Volusia, the Sheriff's Office also provides law enforcement services on a contract basis in Deltona, DeBary, Pierson and Oak Hill.

Shortly after taking office in 2017, Volusia Sheriff Mike Chitwood commissioned a use of force study by the Washington, D.C.-based Police Executive Research Forum (PERF). The study analyzed all of our policies, procedures, tactics, training and culture related to use of force, as well as each of our deputy-involved shootings over the prior 3 years.

One of several recommendations in the PERF report was to add a statement to policy regarding the duty to intervene. We added policy language stating: “Deputies have a duty to intervene if they anticipate or observe the unreasonable, unnecessary, or disproportionate use of force.”

It is the policy of the VSO that Deputies use only the minimal degree of force that is necessary to overcome the immediate threat and/or to effectuate an arrest. Excessive force will not be tolerated. Deputies shall exercise all safe and reasonable means of control and containment; the application of force shall be guided by Florida State Statutes, VSO Directives, and agency approved training.

The Sheriff authorizes Deputies to use that amount of force that is proportional, reasonable and necessary under the circumstances to protect themselves and/or others while performing their lawful duties. When feasible and practical, Deputies shall attempt to resolve potential use of force situations with non-physical force alternatives, such as direction, persuasion, verbal warning, or time/distance tactics prior to resorting to the use of force. Deputies have a duty to intervene if they anticipate or observe the unreasonable, unnecessary, or disproportionate use of force.

The use of force policy also includes a definition of neck holds as lethal force: "A neck hold is considered deadly force; Volusia Sheriff’s Office does not train in this restraining technique and does not authorize its use."

The Volusia Sheriff’s Office had 54 use of force incidents in 2021, or about 0.8 percent of 6,400 arrests and less than 0.02 percent of more than 271,000 calls for service. The vast majority of those incidents involved non-deadly force, like restraining physical force, a K-9 apprehension or a Taser.

Each year, we produce a detailed report on use of force, which is available here or in the list of document links on this page.

We’re constantly evaluating our organization to make sure we’re setting a high standard for the actions of law enforcement in Volusia County, and we will continue to pursue the best policies, procedures and training to provide the best protection and service to every person in our county.